Posted on February 12, 2014 by ParsCo Construction 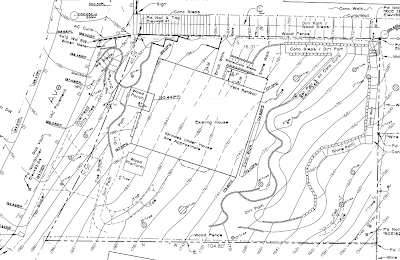 Surveying or land surveying is the technique, profession, and science of accurately determining the terrestrial or three-dimensional position of points and the distances and angles between them, commonly practiced by licensed surveyors, and members of various building professions. These points are usually on the surface of the Earth, and they are often used to establish land maps and boundaries for ownership, locations (building corners, surface location of subsurface features) or other governmentally required or civil law purposes (property sales).

A GIS can be thought of as a system that provides spatial data entry, management, retrieval, analysis, and visualization functions. The implementation of a GIS is often driven by jurisdictional (such as a city), purpose, or application requirements. Generally, a GIS implementation may be custom-designed for an organization. Hence, a GIS deployment developed for an application, jurisdiction, enterprise, or purpose may not be necessarily interoperable or compatible with a GIS that has been developed for some other application, jurisdiction, enterprise, or purpose. What goes beyond a GIS is a spatial data infrastructure, a concept that has no such restrictive boundaries.

So for those of you that don’t realize it, you utilize GIS systems everytime you use your GPS system, your SmartPhone Map system, or even Google Earth or other online based web-based map viewer system.

Surveying data is the backbone for GIS systems and often errors in the collection of this data is encountered.  Errors can be generated from the collection or recording.  In our blog today we will address some examples of common surveying errors and solutions. 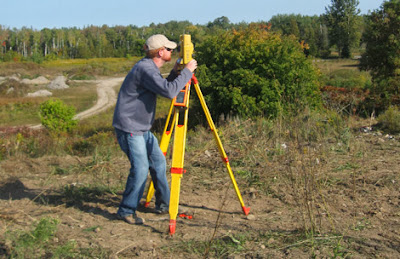 A helpful term for layman is to understand what surveyors refer to as  “Paper Streets”.  Paper streets are roads that have not been constructed, yet appear on the record.  Many times in areas that have little infrastructructure, lots and properties abut the paper streets.   The paper streets can actually run across residential lawns, down steep ledges, and through swamps and wetlands.  The issue at hand is that many times these “paper streets” are contrary to the property owner’s deeds.

This is a common issue, and ultimately  a court may have to decide to deal with the “paper street”.

Another issue that is very common is a “protracted survey”.  A protracted survey is a subdivision plan that portrays any number of  lots without the benefit of field measurements.  Typically, they show no survey markers or monuments within the subdivision and as a result, surveyors have difficulty retracing any of the lots shown on the plan because there is nothing to measure from.  Other deficiencies in these plans are missing angular measurements, and distance measurements that display values rounded to the nearest foot.

Protracted surveys were common between 1920 and 1950.  Thanks to licensing procedures and strong regulations, these surveys are no longer produced.  Nevertheless the legacy lives on.  Deeds still refer to these plans  in their legal descriptions.  It is not uncommon to find “pincushion corners” in these subdivisions.  Pincushion corners often lead to boundary disputes and if they are not handled properly, they can lead to costly litigation.

One of the most frustrating and perplexing phenomena in the practice of land surveying is the presence of more than one marker representing the same lot corner.  This occurs when inexperienced, unlicensed, or uncaring surveyors are involved in the survey.  It is frustrating to the surveyors who mark the corner; and it confuses the client and the abutters (neighbors).  This issue always leads to an argument.

The most common practice in solving this issue, is for the surveyor to identify and relate the corner in question to at least three record markers (survey monuments).  Unfortunately, this is not always possible.  The most difficult surveys are those that have no record monuments to which the survey can refer.  Such surveys are generally within subdivisions known as “protracted subdivisions”.

Survey regulations require that you consult with any surveyors who have set a marker at a corner if there is disagreement with its position.   At such a conference, it is anticipated that the result of such a conference will be an agreement thus avoiding the presence of an opposing marker.   Surveyors who come across multiple markers apparently intended to represent the same corner refer to them as “pincushion corners” for reasons that are obvious.

If you are in need of surveying expertise or dispute resolution regarding a surveying error, contact ParsCo at 850-696-7656 or email us at info@parscoconstruction.com.

Visit us on the web at www.parscoconstruction.com